A first confirmed nesting in Ontario of Fish Crows was discovered a few weeks ago in Burlington across from Burloak Waterfront Park.  We saw both the male and female on a drive-by on Saturday May 18 but wanted to really have a good look at them so went back on Sunday morning.  Both were again present on the lampost beside the nest when we got there but were then being bothered by what we assume was a regular crow.  All three birds scattered and were landing on posts and the tops of the apartment building close by.  It was when this was going on that we heard the Fish Crows distinctive call.  The other crow left them and then they headed back to the nest.  We went on to walk the Lakeshore and both birds were absent when we returned about 1/2 hour later.
Today the report on Ontario birds suggests that the nest is empty and a small crow was found dead in the park.  It is being checked by the ROM to see if it is the Fish Crow.  Very sad if that is the case.
Some of our pics below. 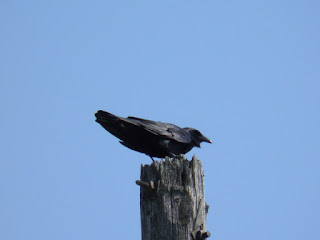 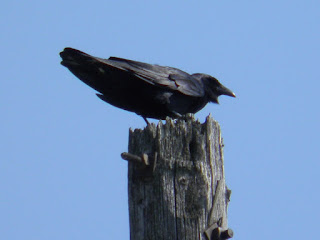 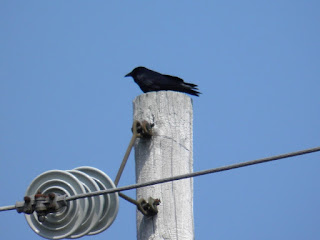